Rwanda Finally Reopens Its Border After Being Declared Ebola Free

Rwanda Finally Reopens Its Border After Being Declared Ebola Free

There has been haggling between Rwanda and the Democratic Republic of Congo in Rubavu (Western Province) following the deadly outbreak of Ebola in Democratic Republic of Congo (DRC) hence straining tour operators over cancellations of travel packages by tourists interested in Africa safaris in Rwanda as well as those interested in Congo safaris. Rwanda is famous for Rwanda gorilla trekking safari packages, wildlife safaris Rwanda, cycling safaris in Rwanda, Kigali city tours, chimpanzee trekking safaris Rwanda, birding tours Rwanda, cultural tours in Rwanda, and many more. Congo is home to mountain gorillas in Virunga National Park and lowland gorillas in Kahuzi Biega National Park, therefore, it offers one of the most interesting Congo gorilla tours. Other activities include wildlife safaris in Congo, birding tours Congo, chimpanzee trekking safaris and many more.

Since the closure of the border, there has been difficulty in crossing from one border to another regarding the combined safaris. The closure came after a man died of a viral fever in the DRC’s major city of Goma, which is on the Rwandan border. This death increased fears that the virus could take root in the densely populated city of about 2 million people. Earlier last month, the World Health Organization had declared this year-long Ebola outbreak a global health emergency, has advised against travel restrictions. 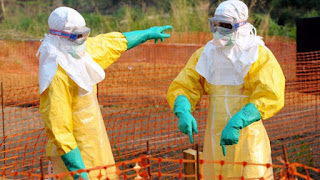 Doctor Aruna Abedi, the Ebola coordinator for North Kivu province, said: “the person who had made contact with the man is receiving treatment after showing signs of the illness”. Congo’s health ministry said the person who came into contact with the victim is his one-year-old daughter. The father died on Wednesday and had spent several days at home with his large family while showing symptoms. The ministry also later confirmed the one-year-old has the disease, making it the first transmission of Ebola in this outbreak inside Goma.

“On a unilateral decision by the Rwandan authorities, Rwandan citizens cannot leave for Goma,” the Congolese presidency said. “The Congolese authorities deplore this decision, which runs counter to the advice of the World Health Organization.”

How has closing the border affected the community?

Closing the border for even just hours deprives a lot of people of their earnings. Most of the women here cross into Rwanda to find food in Goma, there is also a Congolese hairdresser who crosses every day to work in Rwanda, said one of the community members.

Despite declaring the current Ebola epidemic as an Emergency of International Concern especially for travelers Rwanda safari tours, Congo safari tours and other Africa safaris, the International Health Regulations Emergency Committee on Ebola in Congo made several other recommendations for Congo, among which other countries should not close their borders or place any restrictions on travel and trade, as a result of the current Ebola outbreak.

Resolutions put in place to fight against Ebola

The Ministry of Health advised against unnecessary travels to Goma-Eastern Congo, following an increasing number of cases confirmed in Congo. The ministry also requested that individuals who have recently travelled to an Ebola-affected area to report to the nearest screening station as well as report any suspected Ebola cases via the Ministry of health toll-free lines 114, police number 112 or to community health workers or the nearest health centre.

What are the symptoms?

The role played by Rwanda to cub the epidemic

It has also educated communities about Ebola, vaccinated health workers in high-risk areas, equipped health facilities with vaccines, and has continued to conduct simulation exercises to maintain a high level of readiness. About 3000 health workers in high-risk areas have been vaccinated as a preventative measure, including more than 1100 in Rubavu district.
Screening for Ebola symptoms at points of entry borders has been ongoing since the beginning of the outbreak in the Democratic Republic of the Congo and has been reinforced since the confirmation of a case in Goma.

An Ebola Treatment Centre was put in place and 23 isolation units are being prepared in hospitals in 15 priority districts. 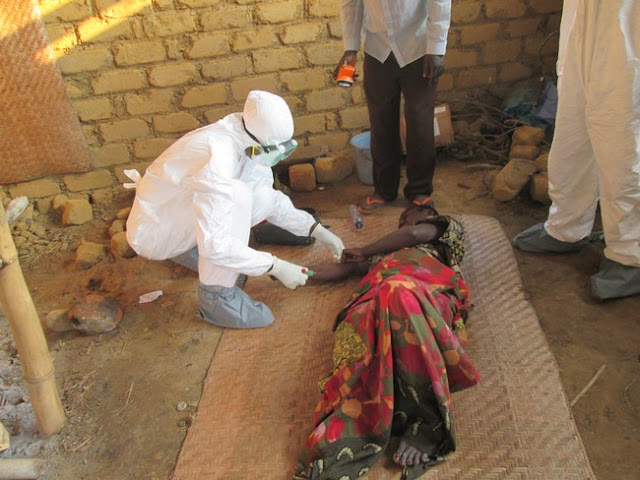 What are the precaution measures?

It is also wise the people stop having sex, in addition to existing advice not to shake hands or kiss. The WHO says men can still transmit the virus through their semen for up to seven weeks after recovering from Ebola.
Avoid shaking hands and giving hugs.

What precautions a health worker should take?

Carers should wear gloves and protective equipment, such as masks, and wash their hands regularly.
The World Health Organization warns against consuming raw bushmeat and any contact with infected bats or monkeys and apes. Fruit bats, in particular, are considered a delicacy in the area of Guinea where the outbreak started.

Health caretakers must wear surgical caps. The cap forms part of a protective hood covering the head and neck. It offers medical workers an added layer of protection, ensuring that they cannot touch any part of their face whilst in the treatment centre.

Purchase Goggles, or eye visors, are used to provide cover to the eyes, protecting them from splashes. The goggles should be sprayed with an anti-fogging solution before being worn. On October 21, the US Centers for Disease Control and Prevention (CDC) announced stringent new guidelines for healthcare personnel who may be dealing with Ebola patients. In the new guidelines, health workers are advised to use a single-use disposable full face shield as goggles may not provide complete skin coverage.

Use a medical mask that covers the mouth to protect from sprays of blood or body fluids from patients. When wearing a respirator, the medical worker must tear this outer mask to allow the respirator through.

You must have a respirator. It is worn to protect the wearer from a patient’s coughs. According to guidelines from the medical charity Medecins Sans Frontieres (MSF), the respirator should be put on second, right after donning the overalls.

Medical scrubs help should be worn inside the overalls and the boots. This surgical scrub suit is a durable hospital clothing that absorbs liquid and is easily cleaned, is worn as a base layer underneath the overalls. It is normally tucked into rubber boots to ensure no skin is exposed.

ou should be covered in overalls. The overalls are placed on top of the scrubs. These suits are similar to hazardous material (hazmat) suits worn in toxic environments. The team member supervising the process should check that the equipment is not damaged.

A health worker should wear a minimum of two sets of gloves. When putting on the gloves, care must be taken to ensure that no skin is exposed and that they are worn in such a way that any fluid on the sleeve will run off the suit and glove. Medical workers must change gloves between patients, performing thorough hand hygiene before donning a new pair. Heavy-duty gloves are used whenever workers need to handle the infectious waste.

Place a waterproof apron is on top of the overalls as a final layer of protective clothing.
Ebola health workers should typically wear rubber boots, with the scrubs tucked into the footwear. If boots are unavailable, workers must wear closed, puncture and fluid-resistant shoes.
Fighting the fear and stigmatisation surrounding Ebola is one of the greatest challenges health workers face.