Can a gorilla raise a human child?-Rwanda safari news

Can a gorilla raise a human child?-Rwanda safari news

Can a gorilla raise a human child?

Many tourists doing a gorilla trekking safari in Rwanda are wondering how realistic it is for a family of apes to raise a human child. But this is very possible. The best candidates for a successful bringing up of a human child are gorillas. Gorillas, like humans, like to stay on the ground which is a different case with Chimpanzees which spend a lot of time in trees and this would be tough for a human. A human child will never be able to jump from tree to tree and branch to branch as they do. 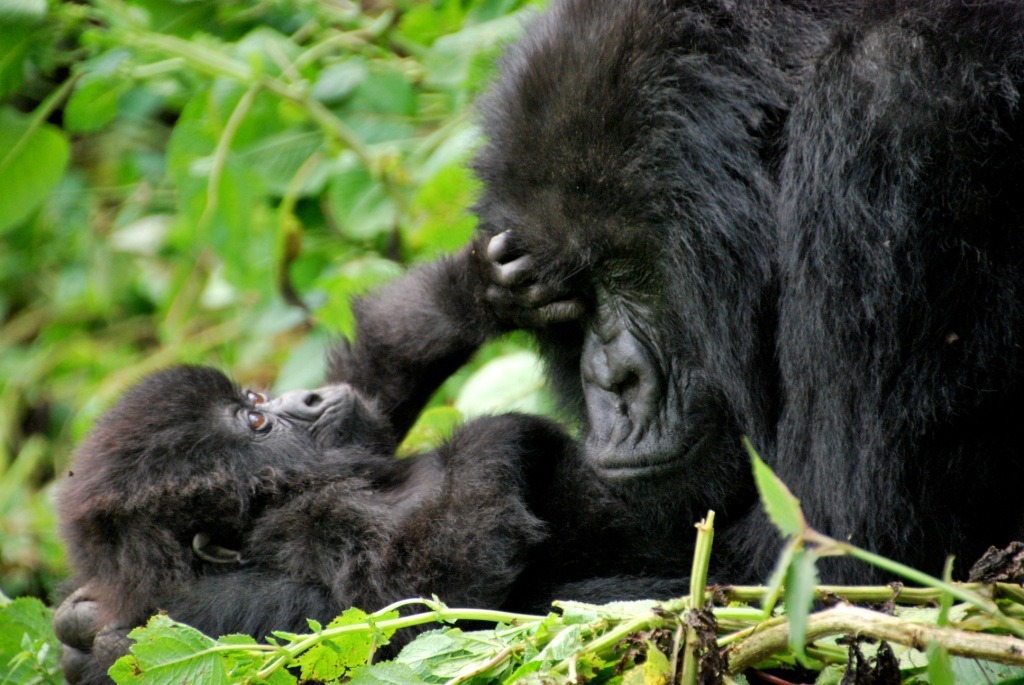 If a gorilla found and adopted a human baby, the kid might not have it so bad, since gorilla mothers are pretty amazing like humans.  These mothers are very attentive and might take very good care of a baby. Gorillas tend to live in families with one silverback male, a few females and their offspring. Gorillas are extremely protective with their families.

While on your Gorilla trekking in Uganda Bwindi impenetrable forest/ Gorilla tracking in Rwanda volcanoes national park, you will find out that these apes that tend to live in African rainforests have pretty good lives. Their days are very easygoing since they spend a lot of the daytime eating. In addition to eating, young gorillas play and nap most of the day. At night, they sleep in nests they build in trees.

Thus, it wouldn’t be very hard for a human baby to adapt to this way of living. Human babies grow up much slower than gorilla babies, a boy or girl living with gorillas will not be as bright as a fellow young gorilla. But at the end the human baby would finally catch up and learn to communicate with his adoptive family. Gorillas and humans are so close, genetically, that the two species act pretty similarly. We can surely read each other’s body language and facial expressions easily. Still if a young gorilla is adopted by a human family it would still learn to leave amongst humans but he/ she would never be a normal person.

For more and more amazing facts about gorillas a Rwanda gorilla safari tour/ Uganda safari tour will give you a real satisfaction of this and more.

Contact Uganda safari for all the gorilla safari news