After taking a road trip to Rwanda, i steadily conquer with those that have enjoyed a Rwanda safari and finally say; Rwanda is the best Africa safari countries with the best capital city in the world. Safari Rwanda so you enjoy a drive around Rwanda’s charming and stunning capital. Though Kigali has a fascinating and disturbing history, it has rather given it way to the incredibly peaceful and forward-thinking city of today. 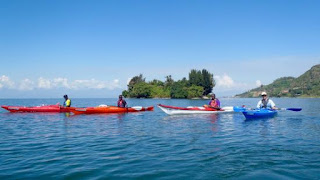 So during your Safari to Rwanda, you can enage in a Kigali city tour. You will visit the genocide memorial, inema art gallery, markets, the stadiums, the Kigali Arena, the concention centre and many more. This takes just a day. Therefore, if you have time, add a Kigali city tour in your Rwanda safari tour itinerary instead of resting at your hotel.

Not interested in a Kigali city tour, head to Lake Kivu, so you engage in different interesting activities available at the lake including boat tours Rwanda to the lake islands or cycling along the shores of the lake along the on the Congo Nile Trail. Engaging in different activities during your tour Rwanda will give you a true taste of local Rwandan life.

Rwanda has wildlife parks close to its city

During your Rwanda wildlife safari tour from Kigali, it will take you about two and a half hours to get to Akagera National Park, Rwanda’s premier safari destination giving you chance to spot yourself the big five game. The park itself is extremely beautiful and was started as a conservation project initially, rather than for tourism. Like in the different wildlife safari destinations in Africa, it has also not been an easy ride for Akagera, with the human-wildlife conflict wiping out several animal species over time through poaching and land being needed for agricultural use. However, today, there have been serious efforts of the conservation teams, the park has been repopulated and now you can see many different animals including leopards, lions, and elephants.

When you drive for about  three hours away from Kigali, you will find a captivating natural wonder, Mount Bisoke. It is also known as Mount Visoke, that lies in the Virunga Mountains. Mount Bisoke stands at a respectable height of about 3,711 meters high. Those interested in Rwanda hiking safaris must be fit enough because it is steep and challenging to trek. Beside the lake, the main attraction is the stunning crater lake on top of the mountain. This crater is ranked the largest in the region. 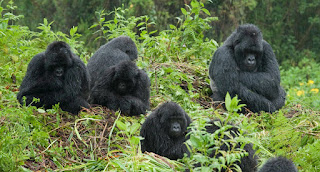 It’s home to the most sought after primate in the world; mountain gorillas

When you drive to the northwest of Kigali just a few hours from the city, you will find the stunning Volcanoes National Park; home to the incredibly beautiful and endangered mountain gorilla. Unlike Uganda’s $600 dollars for only $ 1,500 dollars per person, you got the chance to trek through the jungle and spend some time with these majestic apes in their natural habitat. During your Rwanda gorilla tour, you will spend up to one hour observing these very humanlike creatures, observe, take pictures; a magical, once-in-a-lifetime experience that should not be missed if you can afford the luxury.

Rwanda has lots of cultural sites to visit

If you have the time on your Rwanda safari tour and you want to get a good insight into the Kigali scene, take in the arts or get involved in one of the many activities offered at the Inema Arts Center during your Rwanda cultural safari. There are various artworks on display from some of Rwanda’s brightest talents and you can see the artists at work in the studio. Here you can purchase your locally made souvenir items from local artists, attend one of their cultural events, or even learn a new skill, such as drumming or dancing. 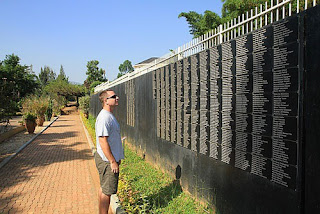 You will visit the most Iconic place in Kigali

Visible from all over, the brightly lit and colourful Kigali Convention Centre is one of the most iconic attractions that you must not miss visiting while in the city. The venue is shaped like a giant beehive and was inspired after the architect visited the King’s Palace in Nyanza, which also had a similar shape. It’s adjoined to the Radisson Blu Hotel of which the design was based on Rwanda’s traditional basket-weaving techniques.  This is one of the best places to take a selfie!

Kigali is a very interesting, safe city, nice with a good choice of bars and restaurants. Travellers interested in good nights out, perhaps start your evening with sunset drinks locally known as a sundowner at Choma’D, a hip and trendy bar with pretty views, or Pili Pili Boutique Hotel, before heading to Nyamirambo for what’s likely to be a very interesting evening. Another popular spot with the expat crowd is the Kimihurura neighbourhood, which is home to some of Kigali’s best nightspots.

Today, Kigali is ranked among the best capital cities that symbolize the modern and progressive African cities, however, just a few decades ago, Rwanda was home to one of the most brutal genocides in the history of mankind. The Kigali Genocide Memorial was built to remember the victims and to educate people about the past as well as ensure that this never happens again. It’s an understandable but upsetting experience, so be prepared to get heartbroken.

You can get off the beaten path for more adventure

Interested in adventure, why not climb Mount Kigali? Starting in the Nyamirambo neighbourhood, this hiking safari Rwanda along the gentle incline, you’ll be rewarded with fantastic views of the city below. At the top, you’ll find a pretty wooded area and you can stop for a celebratory beer and some food at a bar called Mera Neza.

Its has many good destintions to explore

The greatest place to explore in Rwanda is the bustling and vibrant neighbourhood of Nyamirambo, a multicultural and extremely interesting part of the city. Nyamirambo is the heart of Kigali, with cool shops, markets, bars, and restaurants. It’s a primarily Muslim neighbourhood, so don’t come here looking for pork, but you will find tasty brochettes and fish offered. There are a few tours through the area if you don’t fancy exploring by yourself.

After your adventurous tour in Rwanda, you can visit Uganda for a gorilla tour Uganda, or you can engage in a wildlife safari in Uganda in any of the National Parks including Queen Elizabeth National Park, Murchison Falls National Park, Kidepo National Park or go for a Uganda bird watching safari tour. If you are time-limited, you can enjoy a Kampala city tour, Kampala day excursion, Jinja city tour or just a Jinja day trip.